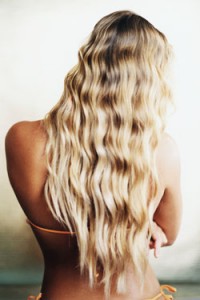 With the chilly autumn weather approaching, most people are getting ready to seal the windows, turn on the heat and get ready for winter. Say goodbye to letting the hair air-dry in the warmth of the sun, it’s time to break out the hairdryer again too. Ever wonder why you feel more tired and depressed in the winter months? It could have to do with the build-up of positive ions in your house, right under your very nose!

The air we breathe is full of oxygen molecules. Any molecule with an electron deficiency is called a positive ion and one with an extra electron is called a negative ion. Positive ions are bad for our health because they can cause irritability, anxiety, depression and fatigue. Negative ions have the opposite effect, leaving us feeling energized, healthy, happy and balanced.

What’s one of the most dangerous sources of positive ions for women?

That’s right, the hairdryer. Especially the new high-tech ionic hairdryers which are specially made to produce millions of extra positive ions to make your hair shinier, softer and smoother. Some other sources of positive ions include heating units, closed rooms, emissions from household furnishings, aerosol cans, microwave ovens and computer screens.

So what can you do as the cold weather settles in and you are faced with having to blow your hair dry every day for the next several months? Well, fear not, we can counter-balance the effect of positive ions by simply bringing in more negative ions into the home.

Did you know that Niagara Falls is one of the highest producers of negative ions on the entire planet?

Perhaps all those negative ions add a romantic energy to the place, bringing so many people to spend their honeymoons there. It’s the intense rushing of water that generates so many negative ions from the Falls. You can create your own version of Niagara Falls in your home with a portable home water fountain. They are inexpensive and require no plumbing – just plug it in and watch as the romance unfolds!

Bring more negative ions into your home with a Himalayan Salt Lamp.

They come either is a candle or a plug-in lamp; the heat generated from the light source releases the negative ions out of the natural salt rock into the air, thus enhancing your well being and your health. They also look really nice with their soft orange glow!

When the temperatures are warm, be sure to open your windows, let the fresh air in and naturally clear out any build-up of positive ions in your home.

Give your hair a break and use the hair dryer only when necessary. Also, get outside for a brisk walk in your local park or near a stream. Plan your next vacation in the mountains or near the sea – 2 of nature’s best sources of pure healthy negative ions!

This article written by Jennifer Thompson for woman.ca