Yes, it’s true! I worked on an organic cattle farm for 6 weeks while living in Australia several years ago. You may think, “Traitor!”…but of course, no peace-loving health enthusiast would ever think that!  Why did I do it? I’d never worked on a cattle farm before and was open to see what it’s all about. The family who hired me had actually never met a vegetarian in their entire lives. What a union! I went into the experience with an open mind, and an open heart. 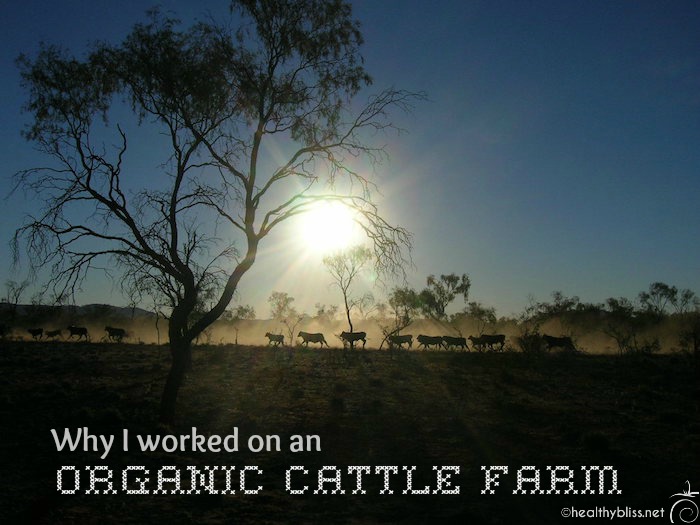 A vegetarian meets a cattle ranch family…will it work?

I took the job at the cattle station not long after working and living on Lizard Island on the Great Barrier Reef for a year and a half. I was coming out of the isolation of island living and driving around oz, happily visiting friends along the way. One of my friends was working in Alice Springs at the time, so I drove to see her. During my visit, she said, “Jennifer, why don’t you stay awhile and look for work? There’s plenty of work ’round here. Plus, when are you ever going to be back?” (Never, I thought!) But, it seemed like a good idea to stay and get to know more of what the strange, desolate, dry, red landscape had to offer. The next day, I checked the local job board and there was a sign for domestic help on an organic cattle farm. Well, I liked the word “organic” anyway! Why not call them and give it a try? I had nothing to lose. 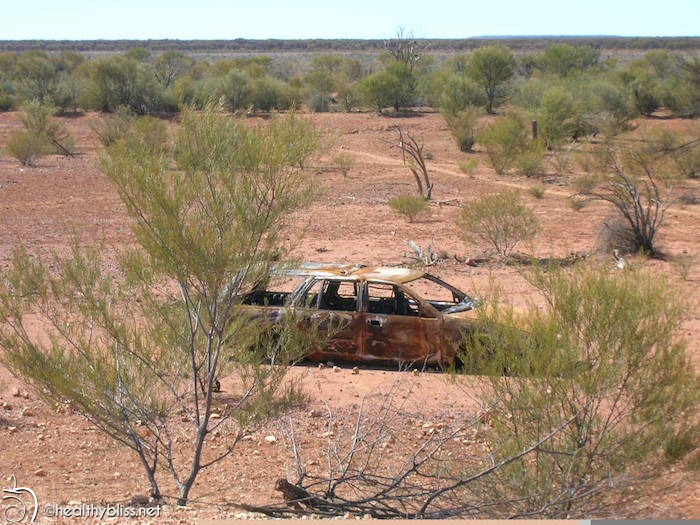 Living in the real outback of Australia is not easy. The husband of the family drove 4 hours one-way to come and pick me up in Alice Springs. We drove back to the farm together, getting to know each other along the way. The pickup truck had a big spider crack in the windshield and I remember spending a lot of time wondering how he could even see the road. Never mind that the car was covered in so many layers of dust that you could no longer see the color of the car! On the dashboard were several shotgun shells. They rolled back and forth with every turn that the car took. Admittedly, I wondered what I was getting into. The husband seemed tough, with thick skin tanned from the desert sun and just as many layers of dirt on him as the car. Yet, he seemed genuine and funny too. Not long after the initial small talk, we started talking about nutrition and health. He proudly told me, “I reckon I get the 4 food groups every morning: coffee, milk, sugar and water.” Ok!

The road to their farm was straight and long. Like hundreds of kilometers long. And nothing but desert for as far as you can see. Finally, we got to a dirt road that was another 200km until we got to their driveway. Then, the driveway was 35km long! And not an easy drive because you had to stop every so often at a cattle gate and get out to open the gate. Mind you, I had just come from living on a tropical island on the Great Barrier Reef, and I thought that was remote. This was beyond anything I had ever seen!!

The family that I worked for had 2 children: one was still at home and learning online via School of the Air, a fascinating program that’s been in place way before the internet (and originally by radio) for outback families. Their other child was already in boarding school back in Alice Springs. The farm was originally owned by the husband’s family. He inherited it after his father passed away. His wife ran the house and prepared meals for everyone, including the family, me and the other cattle hands. Every night, we all ate together at one big table, unless the guys were out somewhere on the farm mustering cattle. 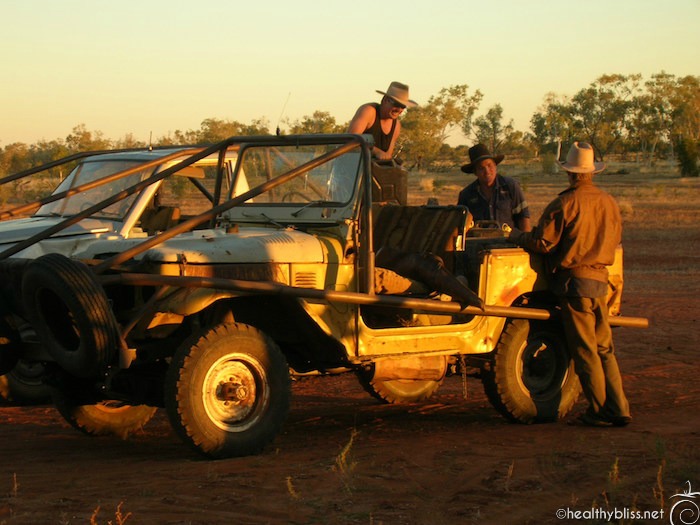 The staff (3 of us) stayed in an old house on the property. It was run down, full of dust and smelled bad. Nothing to write home about. The best aspect of the job is that food and accommodation were included, so you could bank all of your money while you were there and come out with some nice savings. After all, what could you possibly spend your money on out there?! Literally nothing. The other 2 guys were nice guys. One was an experienced mustering pilot who worked side by side with the father each day. The other guy was an Irish backpacker who was a butcher back home in Ireland. They hired him to work with the mustering and also to cut up a cow for their freezer (more on that later). They never seemed to remember his name and just called him “Backpacker” all the time. My job was to spring clean the main house, section by section, room by room, from top to bottom. 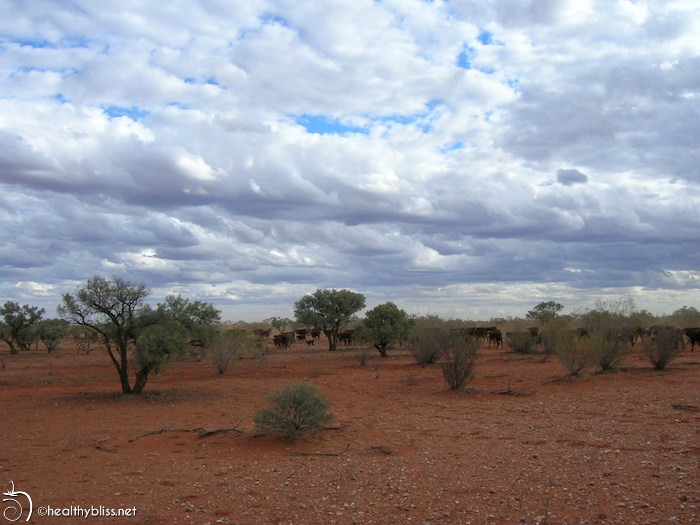 In the evenings I would walk on the property…but you don’t want to get any closer than this. The cattle can turn and charge at any moment

I left the farm only once during my stay. The wife needed to stock up on some food essentials, so we went to the “local” store instead of driving all the way into Alice Springs. The local store was still a one hour drive away! It was in an Aboriginal village and catered mostly to them. You could immediately understand why obesity and diabetes have become such big problems in the Aboriginal communities. The store was full of candies, sweets and sugary sodas with just a few old wilted vegetables on a back shelf.

One thing I didn’t mention yet is what we ate. Thankfully, there were plenty of veggies for me to eat as well as bread and pasta (This was before I switched my own diet to a healthier version, but I was still a vegetarian). There was no snack food at all and I didn’t bring any snacks. It was a prison diet, in a sense. You just got your plate of food 3x a day and that was it. For the rest of the crew, they had tons of meat, at every meal. I’d never seen people eat red meat with breakfast, lunch and dinner every day. They had one entire freezer full of meat. In fact, while I was there, they started running low so they had Backpacker chop up a “kill.” It took him 2 days and seemed like a LOT of work. I also didn’t mention the flies. You can’t be in the outback without flies. Especially during those 2 days, there were tons of flies.

One thing that happened without fail at every meal – I was always asked if I had enough to eat. You see, this family had never eaten with a vegetarian before, so it was hard for them to believe that I could feel satisfied without meat. I found it pretty funny. If I was tired on any day, they would always say, “Do you want some meat?” Of course, the answer was always, “No thank you”!

The highlight of my experience was getting to spend a night in the outback with the boys while they were out mustering. I drove with them during the day in their “Mad Max” style jeeps on the ground, while the father and pilot flew from above in gyrocopters. We made a campfire at night, put the billy on the fire and slept on cots out in the open air, straight from an outback movie scene. 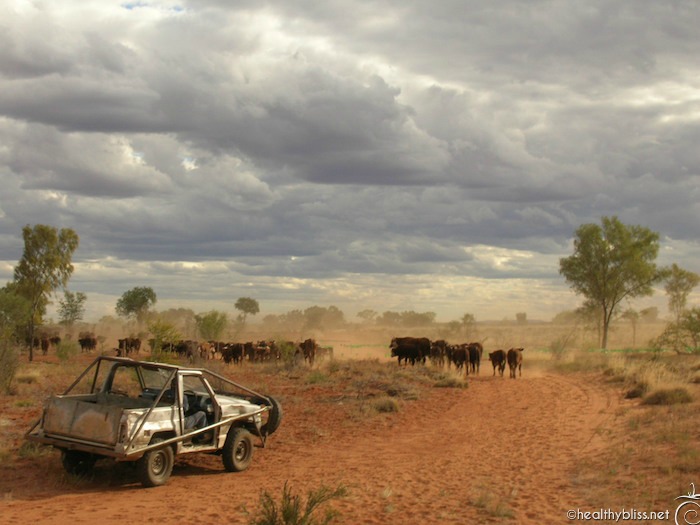 Mustering cattle is a lot harder than it looks!

In the end, was it a great experience and a good cultural exchange. Why not let a cattle ranch family live with a vegetarian and vice versa? How will we ever understand each other if we don’t foster positive friendships? I respect the family for their hard work, dedication to the land and desire to raise cattle who eat real grass and are not confined to a mega factory farm. I now have much more of a real understanding of what happens in an organic cattle farm than I ever did before. If people do eat meat, it should be organic meat…and ideally, that would be the only option. Our land can sustain it (although dairy farming is another issue), and there is no overuse of antibiotics, GMO feed or growth hormones as a result. 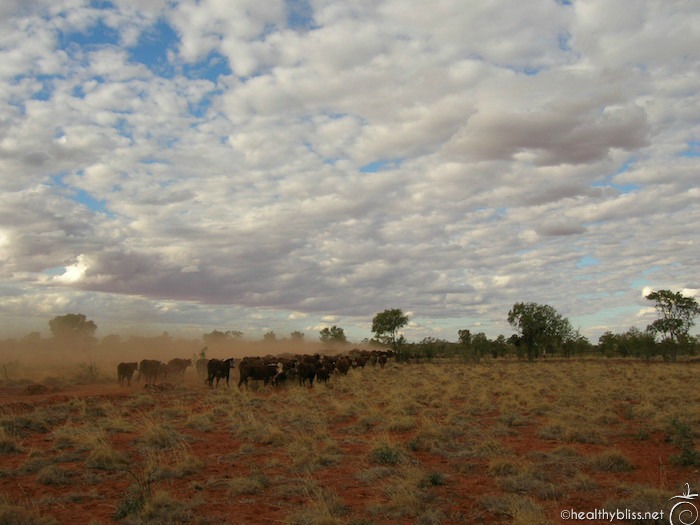 Aussie outback: where the earth and sky meet

Some may think that I should have boycotted such a place and never accepted the job. I myself ate meat, including pork, chicken and beef, as a child. Should I be burned at the stake because I ate meat until the age of 21 years old? What makes me better or worse than someone who eats meat now? I originally become a vegetarian for environmental reasons. After 15 years or so, my focus shifted more on health reasons. This year will be my 26th year of having not eaten meat.

An interesting note to all of this is that the husband’s father passed away from colon cancer, in his 50’s. It’s a very sad ending for someone who loved the land so much. And does make one wonder – did eating so much meat, even organic meat, contribute to his ill health?

The one thing I do know is this: acceptance, forgiveness and love are the keys to bridging the gaps that divide us. Whether vegan, vegetarian, breatharian or other…we are all human. 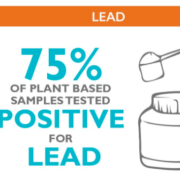 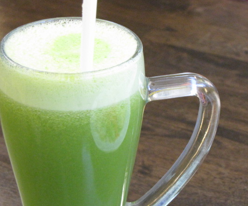 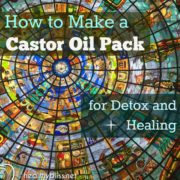 How to make a Castor Oil Pack for Healing, Pain Relief or Detox

Is it safe to detox while pregnant or breastfeeding? 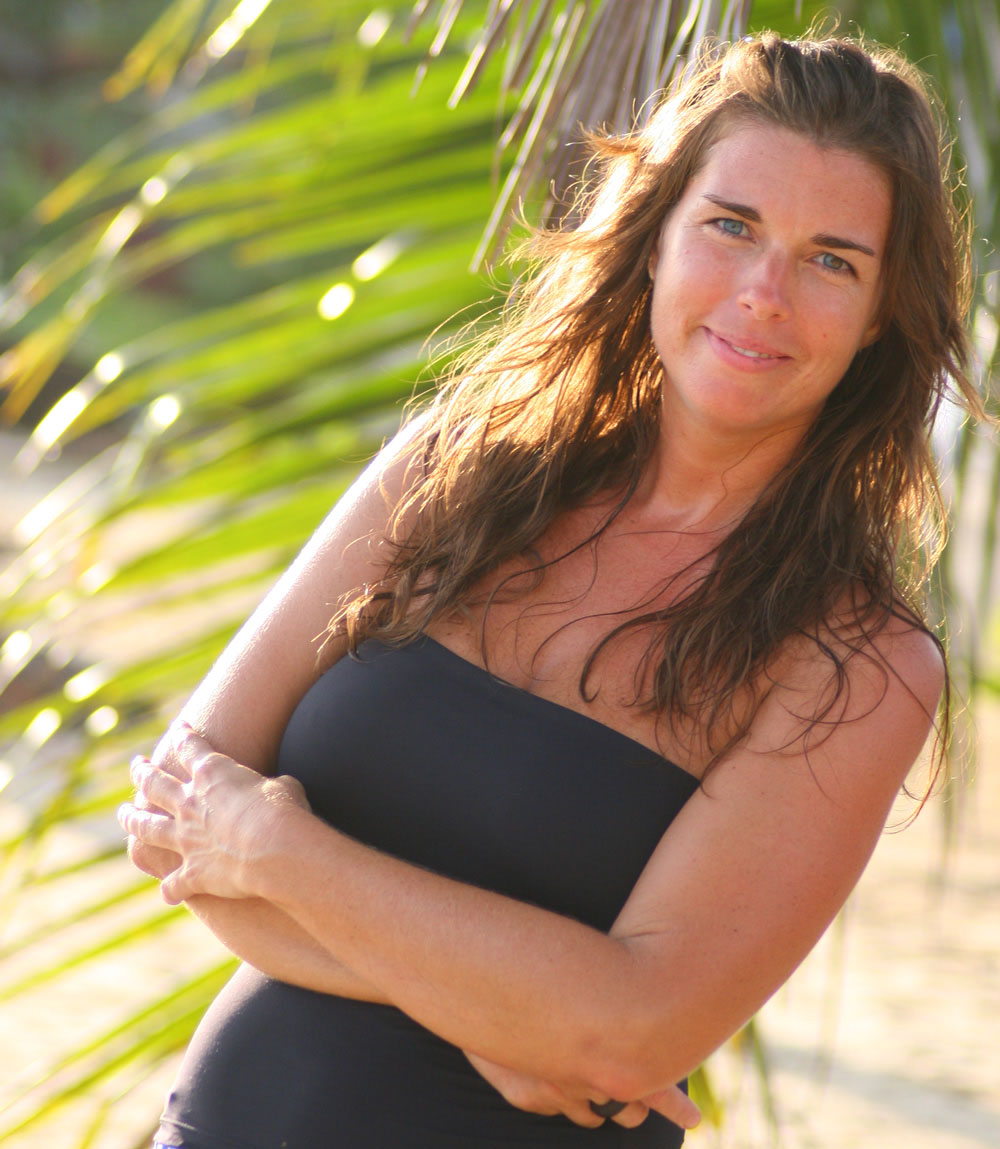 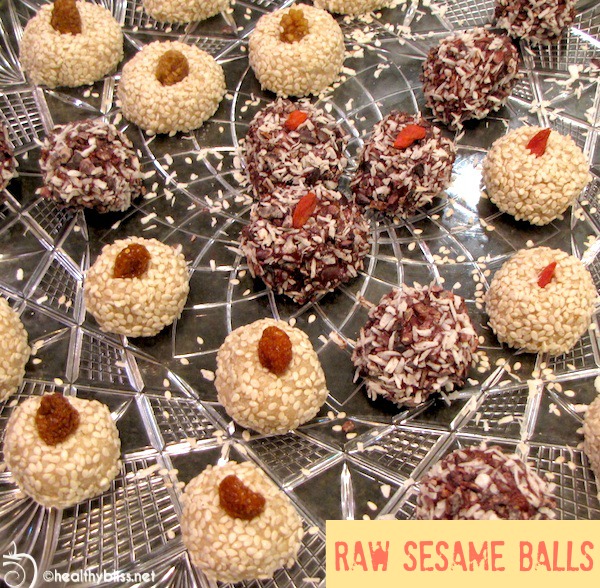 Panama as a health destination? Warning about pesticides in fruits and vegetables
0 replies

"If you can't fly, then run. If you can't run, then walk. If you can't walk, then crawl. But whatever you do, keep moving."
- Dr. Martin Luther King Jr.
Does the Squatty Potty Really work?

Gut-Brain Axis: Probiotics are the Missing Link to Depression
Scroll to top