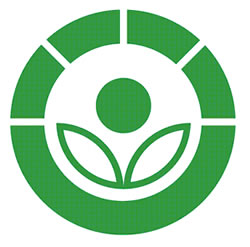 Consumers Beware! This symbol means your food is IRRADIATED!

The things they do to food these days! Now there’s food irradiation as a form of preserving food. That means zapping it with gamma rays, very much like X-raying food. It’s purpose: to extend the shelf life by killing insects, bacteria and other micro-organisms.

So what’s wrong, you ask, with that? After all, we X-ray ourselves. We don’t turn radioactive. But remember that low radiation is not exactly the same. The doses here are extremely high, up to an equivalent of 300 million chest X-rays.

Don’t you wonder what happens to the food’s cells at that level of radiation?

Food is passed into a shielded room where it is bombarded with gamma radiation from a radioactive source. The dose depends on the type of food:

Does it work to preserve food?

Depending on the dose, the rays can kill bacteria that cause food to spoil. But, it can still get reinfected again. Also, some bacteria can’t be killed at lower doses of radiation. Those that survive are free to breed quickly, since they no longer have competitors.

Irradiation destroys most vitamins – especially vitamins A, C, E and thiamine. Fruit juices lose more vitamins than fruits, which lose more than vegetables and grains, which in turn, lose more than meat.

In irradiation, the chemical structure of food is altered. Unstable molecules or ‘free radicals’ are created that are unlike any created by other types of cooking. These can damage the body cells and promote cancer. They may also cause premature ageing of the skin and body.

Why do Manufacturers love it?

Irradiated foods look fresh even though they may be several months or years old. There’s no way to tell them apart from really fresh food. So, consumers can be easily deceived.

How do you know it’s been Irradiated?

DON’T BUY if you see this!

Look for the deceptively eco-friendly looking symbol for Irradiation on your foods. It has such a ‘clean and green’ healthy look that you might not even notice it! But now you know the truth!

Consumers beware!! This is an important label that you will want to recognize for what it is. If you see it on a package, that food has been IRRADIATED. Consumers should also know that the FDA has said the word “pasteurization” is an acceptable substitute for “irradiation”.

What can you do?

Write to your local politicians, supermarkets and food manufacturers and demand that these Frankenfoods be banned. Do everything in your power to educate others on the importance of eating natural, whole and pure!

Source: the book Danger Foods: A CAP guide to Hidden Dangers in Foods. 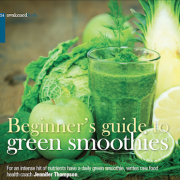 Do you need to juice, and should you be juicing? 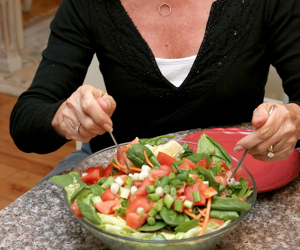 How to Eat Out and Order Raw Food in Normal Restaurants 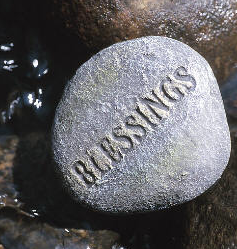 "If you can't fly, then run. If you can't run, then walk. If you can't walk, then crawl. But whatever you do, keep moving."
- Dr. Martin Luther King Jr.
Raw Food Dessert Recipe: Cacao, Hazelnut & Banana Bliss