This article recently appeared in the Bangkok Post and I decided it was a great one to share! The durian fruit is a classic example of how we can all be a bit prickly on the outside sometimes, but inside be deliciously sweet and full of love! Remember: don’t judge a fruit by its skin (or even by its smell for that matter!). 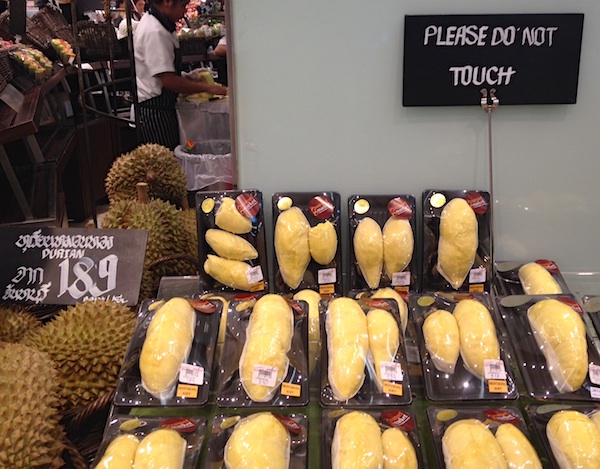 I found this beautiful display of fresh durian fruit on my recent trip to Bangkok, Thailand

“Because it’s in season this time of year, durian comes at a much cheaper price, allowing me to indulge in the yellow fruit as much as I can.

The “king of fruits“, however, is not treated like royalty, with some hotels and public facilities banning it due to its offensive stench, which draws comparisons to things like stinky feet, fermented garlic and rotting garbage.

Durian has long been reviled by some — it was even named “the most wicked fruit in the world” in a 1936 article in the US newspaper, the Milwaukee Sentinel. To be fair, the news brief ended positively, noting that some Europeans who had tasted the fruit declared it to be the most delicious on Earth.

I totally agree. Durian is divinely delicious, and foreigners should not miss out on nature’s masterpiece by tasting the different varieties — chanee, mon thong, and kaan yao. They will then discover that what smells like Hell tastes like Heaven.” 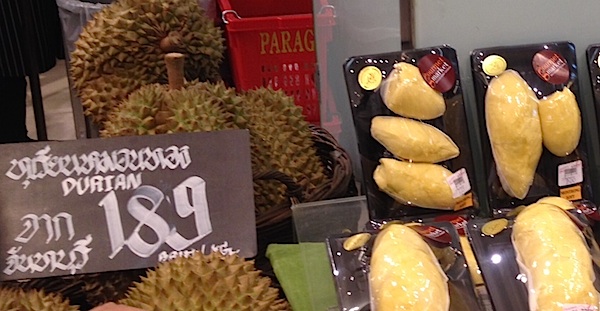 Durian fruit is prickly and hard outside but soft and sweet inside, like many people!

“The thorny basketball-sized fruit reminds us that people, too, shouldn’t be judged by their personal appearance, smell or (sometimes) public behavior. After all, there may be a reason behind their misconduct. Recently, stereotyping people according to their age has emerged in another glaring case of society judging a fruit by its skin.

I believe that, while humans might differ wildly, we’re all the same at the end of the day.

Once, when I was shopping for durian, I encountered a 70-something-year-old woman. Biologically she was a manus yai (a grandmother’s age), but technically she was a durian-jabbing manus pa, who spoiled the firmness of a packaged mon thong I was planning to buy. Because she was elderly, I did not want to confront her. Instead I left her to leave little finger-shaped craters on the other pieces of mon thong. I was upset, of course, but that didn’t mean I had to vent my frustration on cyberspace. Just forgive and forget — allow that grandma the pleasure of poking durian for the rest of her life.

At the most basic level, we’re all the same. We’re all human.”

This article is from the Bangkok Post, 20 August 2014 and was written by Kanokporn Chanasongkram View the original and full article here: http://www.bangkokpost.com/opinion/opinion/427685/sometimes-we-re-all-a-bit-prickly

Durian fruit is a healthy vegan fat. If you feel hot after eating durian, your liver might be overworked. In that case, cool it down by eating mangosteen (the sister to the durian king). Durian is a natural stress reliever thanks to the tryptophan it contains. Tryptophan is the amino acid that the body uses to make serotonin, your feel-good happy hormone, making durian a natural anti-depressant. Durian also increases sex drive, stamina and helps you sleep better too.

If you want a truly “out-of-this-world” raw food combo, try eating durian fruit on a empty stomach (it digests better and gives you more energy that way). Then, eat a few raw cacao nibs. Follow up with a cup of puerh or “pu erh” tea, that’s a raw fermented tea from China used by the Chinese to help the liver digest fats. Note that puerh tea does contain caffeine so it’s best to drink it early in the day. Watch out…you’ll feel a real natural high from this potent combination and appreciate the powerful of naturally good food!

Where to Buy Durian Fruit

Durian grows in SE Asia, mainly in Thailand, Malaysia and the Philippines. In Asia, look for fresh durian in supermarkets already cut and separated into packets for single servings (as shown in the picture above). You can also buy dried durian slices, durian chips, durian candy (made with sugar) and even durian ice cream.

Outside of Asia, some supermarkets sell imported durian fruit but it will more than likely be frozen. The best place to look is in an Asian supermarket or ask around in the your local Chinatown area. I found a whole frozen durian at a Filipino supermarket in Maui, Hawaii once. We took it home, thawed it out and cracked it open and i have to say that it was delicious!

More on Manifestation and Motivation:

Alkalize Your pH – How Alkaline Acid Balance affects your Health

Earliest Raw Food and Fasting Book: The Ancient Essene Gospel of the Peace

Panama as a health destination? Warning about pesticides in fruits and vegetables 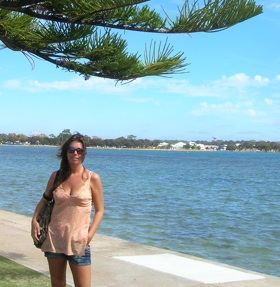 Traveling on a Raw Diet: Eating Raw Food in a Cooked World 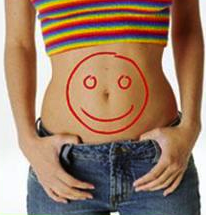 "If you can't fly, then run. If you can't run, then walk. If you can't walk, then crawl. But whatever you do, keep moving."
- Dr. Martin Luther King Jr.
How to Handle Negative or Jealous People and Still Stay Positive!