– A tendency to think and act spontaneously rather than on fears based on past experiences.

– An unmistakable ability to enjoy each moment.

– A loss of interest in judging other people.

– A loss of interest in judging self.

– A loss of interest in interpreting the actions of others.

– A loss of interest in conflict.

– A loss of ability to worry (this is a very serious symptom).

– Contented feelings of connectedness with others and nature.

– An increasing tendency to let things happen rather than make them happen.

– An increased susceptibility to the love extended by others as well as the uncontrollable urge to extend it.

Warning! Inner Peace can be contagious!!! 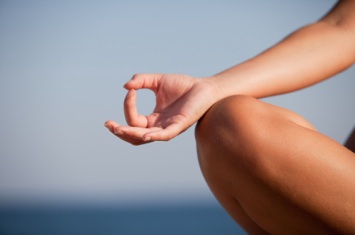 We must eventually address healing on all levels of consciousness. There is no use in having just physical health. Even if we eat the perfect diet, we can still manifest dis-ease from holding on to negative thoughts, not forgiving and not letting go of anger, resentment, fear or pain. Meditation is a tool which helps us begin the process of clearing the mind and spirit and filling the heart with pure positive healing energy.

‘All healing starts in the mind.’

The importance of having a regular meditation practice in one’s healing journey is not to be underestimated.

Starting the day with a 20-minute meditation is a great idea for a New Year’s Resolution. For the beginner, a guided meditation is a good practice because it keeps one focused and attentive throughout the session. For the more experienced individual, it can be a useful tool to go deeper within oneself to the core of pure, positive energy, or simply, divine unconditional love.

‘As a man thinketh, so he becomes.’
‘As is above, so is below.’
‘The kingdom of heaven is within.’

Imagine that you can experience a feeling of total acceptance, happiness, bliss and love while enjoying the beauty of the present moment just from doing a regular daily meditation! As you clean the outside of your body with soaps and the inside of your body with healthy, clean food, so you can clean your spirit with a dedicated meditative practice focusing on love, gratitude and goals and intentions. Meditation is a natural anti-depressant and it’s free!

Quan Yin is the Chinese Goddess of Compassion; she is a Bodhissattva, using kindness, compassion, joy and giving to save all living beings. They say she has a ‘thousand hands and a thousand eyes’ because she will always be present for you and can always provide what you ask for. Her love and generosity is ever-flowing.

Close your eyes, absorb the magic! Say a prayer for compassion. 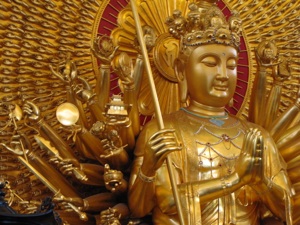 As living beings, we should learn Kuan Yin’s kindness and be kinds towards those with whom we have no affinities. Kindness means making living beings happy. It means sharing our own happiness with living beings, not being selfish. Compassion means rescuing human beings out of suffering. We should help those who are suffering or in difficulty. Joy means feeling happy and not being angry even when others get angry at us. Giving means taking our most sentimental prized possessions and sharing them with living beings. If we can practice these four acts of the Bodhisattva, then we are truly Buddhists.

The practice of chanting to Kwan Yin is important in Chinese Buddhism because they believe that in calling her name, you become focused, sincere, less greedy and calm. When you recite ‘Namo Guanshiyin Bodhisattva,’ she becomes mindful of you. The Chinese believe that she will then lovingly answer all of your prayers. 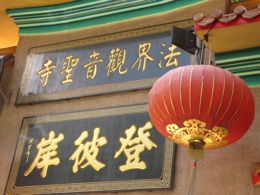 Join the beautiful chanting & recitation of the daily Ceremony Of Repentance Of the Great Compassion With A Thousand Hands and Thousand Eyes at the Dharma Realm Guan Yin Sagely Monastery on Jalan Ampang in Kuala Lumpur, Malaysia. (Jalan Ampang is located just behind Petronas Towers and the temple is about a 5 minute walk or 300 meters from the KLCC mall.)

The monastery also has books on Quan Yin and Buddhism available in English for free to help spread the teachings of the Bodhisattva.

It is well worth it to experience the magical power of this ancient form of chanting and to feel the presence of Kuan Yin’s loving kindness within yourself.

The story is told that when Avalokiteshvara, the Buddha of compassion, was looking at the lives of human beings upon this planet, he saw how much pain and suffering we inflict upon each other, and for a moment his compassion faltered. He almost abandoned his vow to liberate us from suffering. At that instant, his body exploded into a thousand pieces, represented in the image of the thousand-armed Avalokiteshvara. If this can happen to the figure who, in Buddhism, most exemplifies compassion, then perhaps we can be forgiven for not always finding it easy to sustain a compassionate heart in the face of so much suffering in the world. 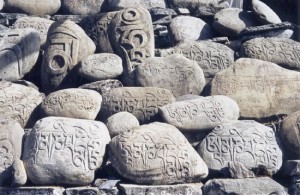 Messages of Peace are all around us..

We may live in times when material, economic, and scientific progress is moving at a rate never before seen, yet our capacity to live peacefully alongside each other seems to remain elusive. When confronted with the constant evidence of so much brutality and corruption present in the world, whether this is seen on the news or experienced closer to home, it is common to feel a sense of anger and outrage, and to feel powerless to do anything to change the ignorance, greed, and hatred that motivate most of the atrocities our fellow humans inflict upon each other. Are we, individually or collectively, able to go beyond the dominance of our instinctual selfishness that reaps so much harm?

…Whatever spiritual tradition we may be part of, if we wish to live our lives with greater openness to others, and with the courage and heart to cope with adverse conditions, we have much to learn from the path of the bodhisattva. The bodhisattva, sometimes translated as “the awakening warrior,” dedicates his or her life to the welfare of others and is willing to face the challenges of life to do so. The bodhisattva’s way of life does not lead to a spiritual escape from the reality of the world. Rather, the bodhisattva cultivates the capacity to live within the raw reality of suffering on the ground and transform life’s adverse circumstances into a path of awakening. 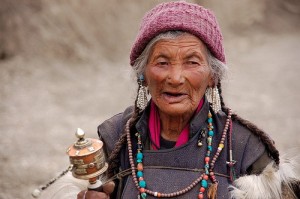 Bodhisattvas are here to help us on the path to Awakening

A bodhisattva makes a clear decision to remain embodied and in relationship to life even while reaching states of awareness that go far beyond our normal reality. Such a person is said to renounce the peace of nirvana and overcome the fear of samsara. What gives this attitude to life a particular significance is that it recognizes that only through fully awakening our innate wholeness can we achieve the greatest benefit to others.

Central to this approach to life is a quality of intention called bodhichitta, often translated as “the awakening mind.” The awakening mind is most often described as the clear, compassionate intention to attain the state of buddhahood for the welfare of all sentient beings. While “the awakening mind” may seem like a relatively simple phrase, its actual psychological, emotional, and social implications are huge. It is a reorientation of the whole of an individual’s direction and meaning in life, rooted in a deep sense of compassion and responsibility towards the welfare of the world.

-from “The Courage to Feel: Buddhist Practices for Opening to Others” by Rob Preece, published by Snow Lion Publications .

SNOW LION PUBLICATIONS is dedicated to the preservation of Tibetan Buddhism and culture by publishing books about this great tradition. Tibetan culture is seriously endangered in its homeland and is striving to continue outside of Tibet. To support this effort, in addition to publishing and distributing books, Snow Lion offers a wide range of dharma items, purchased primarily from Tibetans in exile. These include visual art and ritual objects, statues and thangkas, videos, traditional music, and many gift items offered through our webstore and “Snow Lion: The Buddhist Magazine & Catalog”–over 2000 items–the largest selection anywhere. To browse the complete list go to www.snowlionpub.com and select any of the categories in left-hand margin.

When you choose to purchase from Snow Lion you are directly supporting the large effort to publish more Buddhist texts and help the Tibetan people.

THANK YOU FOR YOUR SUPPORT.

Don Miguel Ruiz in his Toltec Wisdom Book: The Four Agreements states it so well: 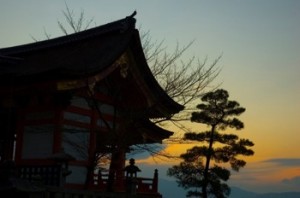 (1) BE IMPECCABLE WITH YOUR WORDS.

Speak with integrity. Say only what you mean. Avoid the word to speak against yourself or to gossip about others. Use the power of your word in the direction of truth and love.

Nothing others do is because of you. What others say and do is a projection of their own reality, their own dream. When you are immune to the opinions and actions of others, you won’t be the victim of needless suffering.

Find the courage to ask questions and to express what you really want. Communicate with others as clearly as you can to avoid misunderstandings, sadness and drama. With just this one agreement, you can completely transform your life.

Your best is going to change from moment to moment; it will be different when you are healthy as opposed to sick. Under any circumstances, simply do your best and you will avoid self-judgment, self-abuse and regret.